And then they burned

We all knew that a dangerous fire season was coming. There had been no rain for months and many springs and creeks had dried up. Many of us were making preparations but no-one could have imagined how extreme it was going to be.

The first significant fires began early September.  The Bees Nest fire, started in Guy Fawkes National Park, burnt slowly for the first few days before taking off and doubling from 10,000 hectares to 20,000 hectares over one night. Normally wet forests were burning. The fire headed toward the Mt Hyland Nature Reserve, which encompasses World Heritage-listed Gondwanan rainforest. As we would see numerous times over the coming month, the Government didn't prioritise or allocate resources to defend naturally precious places (with the notable exception of the Wollemi Pines). 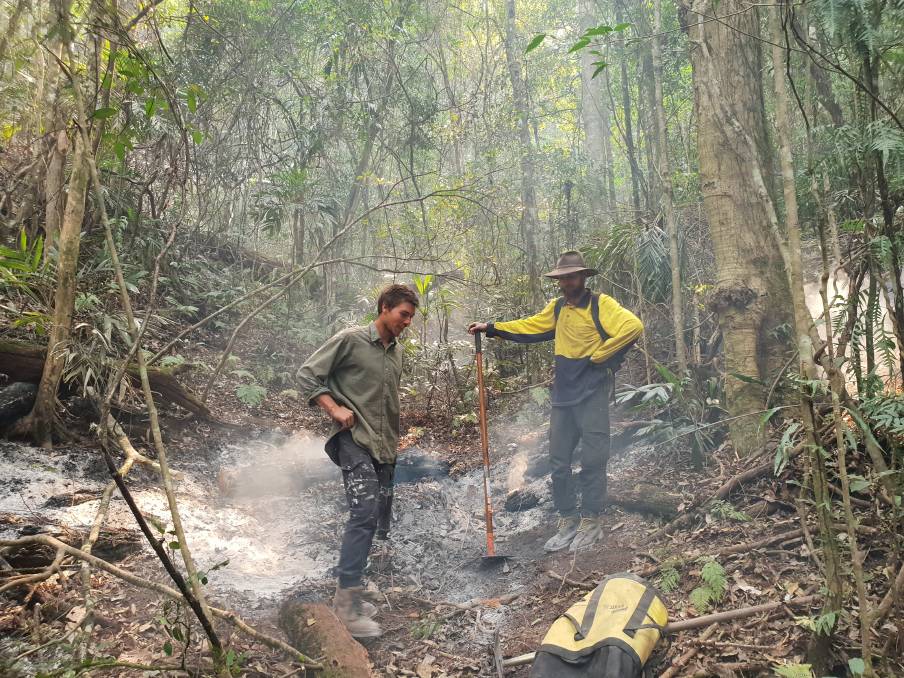 After spending days fighting fires to save their houses, several locals put out the call for help to try and stop the fire from spreading through the rainforest. Forest defenders came with their fire rakes, to walk the fire lines cutting in containment lines by hand, and cutting off the fire where they could. That much of the important rainforest of Mt Hyland is still standing is due to their efforts.

At the same time further to the north in south-east Queensland, fire burned through the sub-tropical rainforests of the Lamington National Park and destroyed the heritage-listed Binna Burra lodge. It happened quickly driven by high temperatures and high wind speeds.

That was early September. The horror continued. In November the World Heritage-listed rainforests of Terania Creek began to burn. These forests had no fire record. The tree age suggests no fires had burned in those forests in at least the last 1000 years. Once again it was the community forest defenders... many of whom had come to save those forests from logging in the 1970s, who came to work with the local volunteer fire brigade, to try and save as much of the rainforest as they could.

But the real carnage was the animals. The millions of animals who had nowhere to go, no way to escape. Koalas climbing to the top of trees that weren't high enough to save them. Gliders, possums, bats and owls, taking shelter in their tree hollows as the safest place they knew and being cooked alive. Lizards and snakes, echidnas, frogs unable to dig themselves in deep enough or escape the heat. Many birds succumbed to smoke. 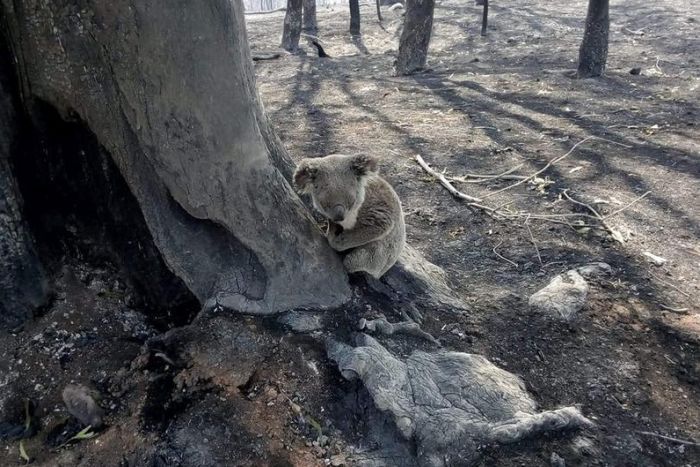 Fires continued to ignite and burn- October, November, December, January...until there was a wall of fires the length of NSW and stretching into Victoria. Much of the schlerophyll (eucalypt) forest has always encompassed rainforest in the gullies and on the southern slopes. Rainforests that in the past have formed a natural barrier to fire. But no longer. Much of the fire response and untold stories were local communities, organising themselves to save themselves, their neighbours, and where they could, the rainforests.

Then finally the rains came.

After the rains, came the silence.

And now the log trucks line up to take away the burnt trees … leaving nothing.

Forest defence organisations need your support more than ever. Together with the North East Forest Alliance and the North Coast Environment Council, we want to fund a campaign organiser, to keep the trees in the ground.

While millions of dollars have poured in to several organisations for wildlife rescue and support and for communities, those of us working for the trees have not benefited from the largesse.

If you would like to contribute towards the campaign, we'd really appreciate it. RIC will make sure every dollar will go where it is needed. Perhaps you'd like to make a monthly contribution? Please donate here.