The southern cassowary (Casuarius casuarius johnsonii)is a flightless bird that inhabits the rainforests of northern Queensland, Australia and Papua New Guinea. It is listed as endangered by the Australian government (Environment Protection Biodiversity Conservation Act 1999 (Cth)). The Queensland government lists the Wet Tropics population as ‘threatened’ and the Cape York population as ‘vulnerable’ (Nature Conservation Act 1992 (Qld)). The southern cassowary is the world’s largest specialist avian frugivore and eats the fruits of over 240 species of rainforest flora making it a key seed disperser of Australia’s Wet Tropical rainforests1,2,3.

Cassowaries are a cryptic species, being usually shy, solitary and highly mobile with large home ranges. Cassowaries are an iconic species of Australia’s Wet Tropical rainforests and have potential to be an umbrella species for wider conservation of rainforests in northern Queensland.  Cassowary populations face a variety of threats such as; habitat loss and fragmentation, road vehicle strike and dog attack along with the unpredictable effects of food loss and habitat damage after tropical cyclones 4. 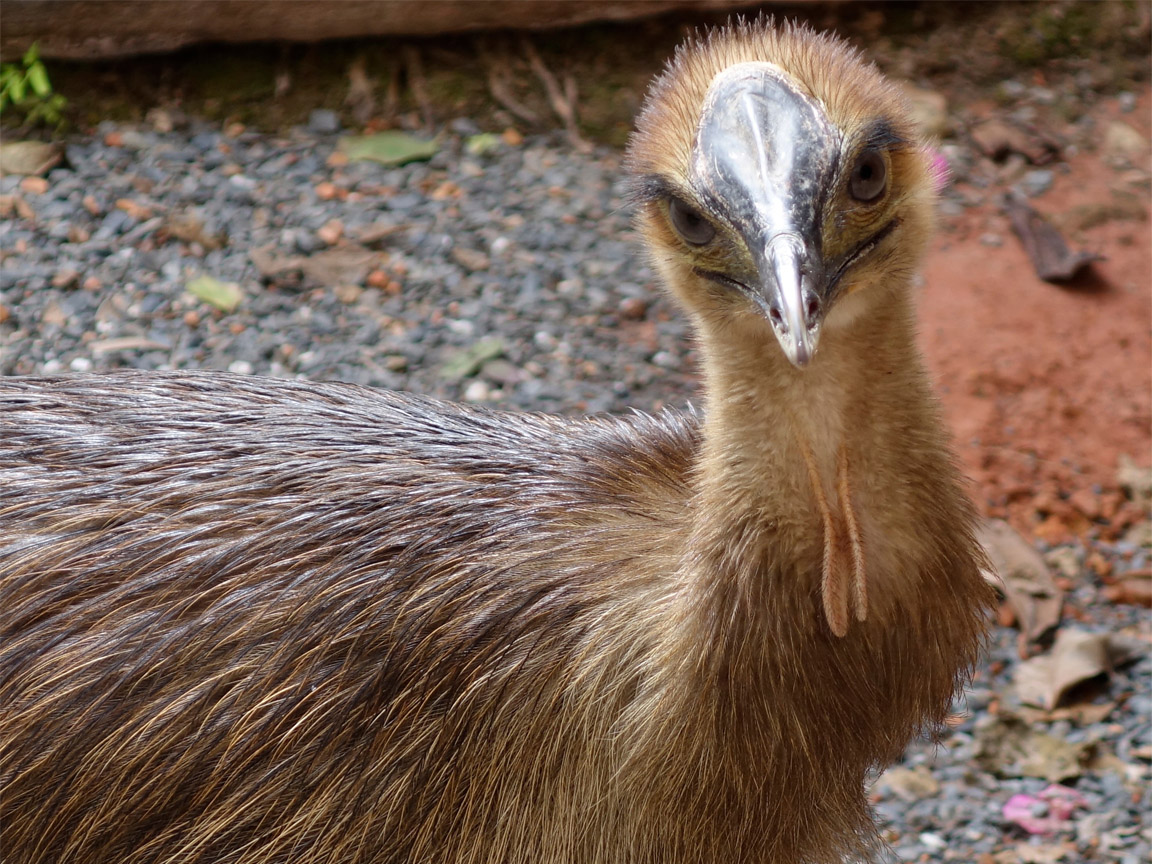